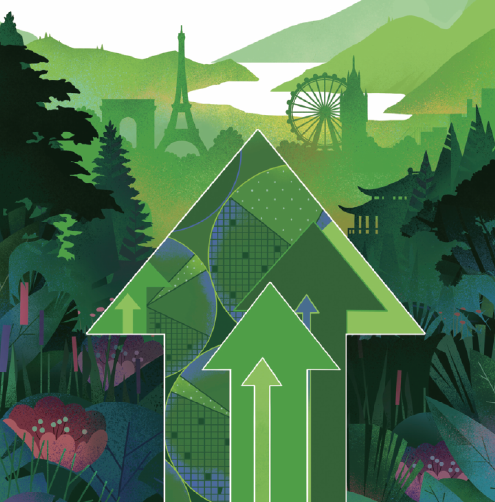 The pandemic caused by the novel coronavirus has changed the world in a remarkably short period of time. Governments are making massive public investments to alleviate the crisis, which will determine the path of the global economy for many years to come.

The United Nations Sustainable Development Goals and the Paris Agreement are two historic agreements on which the European Union and China have forged a close partnership. It is no exaggeration to say that our future will be decided in the next 16 months between now and COP15 of the Convention on Biological Diversity in China and COP26 of the UN Framework Convention on Climate Change.

It is also a critical moment for global cooperation. The pandemic has shown us that the big challenges all individual countries face-including climate change-cannot be tackled alone.

But the pandemic has put our systems of international cooperation under stress, as some countries have focused inwards.

It is therefore a pivotal moment, and one where we need both Europe and China to work together to find pragmatic solutions.

We should rebuild our system of international cooperation, moving from siloed diplomatic discussions to a broader approach that integrates the management of the new global commons together.

The EU and China-through their bilateral summit, now due to be held in December 2020, and through their respective recovery plans-have a unique opportunity to lead the world in this direction.

The foundations are there. The EU and China are both working on new, deep and globally significant plans to guide their economies and societies in the future. The European Green Deal and the Chinese goal of "Ecological Civilization" can be the guides to a more sustainable future.

The European Green Deal was proposed by the European Commission in December 2019. It is a road map to realize the EU goal of net-zero emissions by 2050. The Green Deal covers all sectors of the economy, as well as extending support to help people and regions that are affected by this transition. It's the first time that Europe has had such a comprehensive plan.

Even in the face of the current public health and economic crises, the EU remains committed to pursuing this path because of the demands of its citizens. About 93 percent of European people consider climate change a grave problem and are voting based on this concern.

Clean technologies and services are considered smart investments, and fossil fuels are at risk of becoming stranded assets over the next decades. Major companies have embarked on the transformation to sustainable production and climate neutrality. From big global players, such as Shell, to leading automakers, such as Volkswagen, companies see this transition coming and are setting targets and plans.

Investors and shareholders are also applying more scrutiny on the investments and development choices of companies. Economic voices, such as Mark Carney, the former governor of the Bank of England, are telling us that ignoring climate change puts the financial system at risk-and also that the net zero goal is a major commercial opportunity.

The EU heads of states and governments decided on the European financial priorities for the next seven years and as a response to the novel coronavirus outbreak. Unanimously, they agreed that 30 percent of the 1.8 trillion-euro package-550 billion euros ($646 billion)-should be spent on financing climate actions. The rest of the investments should "do no harm" to the environment and be allocated in line with the goals of the Paris Agreement.

This is a significant political signal of how Europe plans a resilient and green recovery.

The EU and China phrase and frame sustainable development in different ways, based on different contexts and political cultures. The European Green Deal and the Chinese Ecological Civilization concepts, however, meet through their ultimate objectives: achieving net-zero greenhouse gas emissions, protecting biodiversity, and achieving sustainable and equitable development for all.

Translating this on the international stage by turning the EU-China Summit into a cornerstone for sustainable recovery requires concrete and operational commitments, put into the political framework of a renewed strategic partnership between the EU and China, which clearly has to signal to the rest of the world the direction they intend to take.

While the EU and China do not share the same perspective on every issue, they share some important principles and values. They put them in a unique position to deliver on these objectives and lead the world to a new ethos of cooperation.

The EU and China share a strong commitment to a multilateral rules-based system. Global problems, such as the pandemic and the climate and biodiversity crises, call for global solutions and international cooperation.

Rather than thinking of recovery plans and the upcoming negotiations-on climate to be hosted by the United Kingdom, and on biodiversity to be hosted by China-as separate tracks, we should broaden our cooperation built around the Green Deal and an Ecological Civilization.

Ecological recovery plans, with short-, mid-, and long-term milestones, can serve as the basis for discussions between countries. These plans can be the centerpiece of the reconstruction of the international system on both biodiversity and the climate, and more broadly.

Understanding the interconnections, and changing our development models, in all countries, is necessary to end the trade wars and ensure a sustainable and prosperous future for all-which is a condition for peace.

It is time for the world to come together again to forge a new approach-for leaders with vision and courage, together with their citizens, to design the systems needed to safeguard our shared future.

China can play a major role in this. In the next two years we have an opportunity to mend a broken system, restore a damaged planet, rebuild the social contract among nations and renovate the global governance system.

The author is CEO of the European Climate Foundation and former Climate Change Ambassador of France. The author contributed this article to China Watch, a think tank powered by China Daily. The views do not necessarily reflect those of China Daily.